A quick view of the most influential metrics in Glen Ellyn.

Located 22 miles west of downtown Chicago, Glen Ellyn was incorporated in 1892. The village is known for its motto, “Village of Volunteers,” and is considered one of the most affluent communities in DuPage County. According to Hollywood, one of the most beautiful suburban communities surrounding Chicago is Glen Ellyn. Winona Ryder’s first feature film, Lucas, was filmed in Glen Ellyn, along with the Fox network show Yearbook and the feature film Witless Protection. The community is also well placed for residents who need easy access to downtown Chicago, being serviced by the Metra Union Pacific/West Line and various Pace bus routes. Young, up and coming professionals who enjoy getting away from the hustle of Chicago commerce will enjoy Glen Ellyn at a reasonable price for real estate.

This part contains all educational institutions in Glen Ellyn.

The Best in Glen Ellyn

Browse through the top rated businesses in the most popular categories Glen Ellyn has to offer. 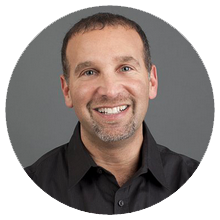